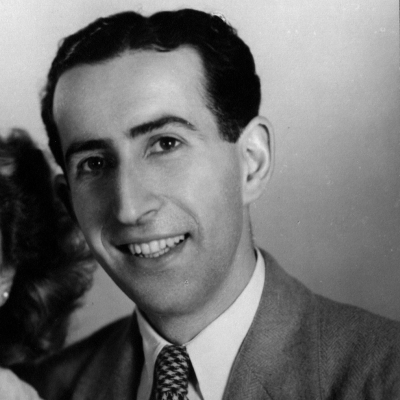 Jack Hahn was born to an Orthodox Jewish family in Bad Hersfeld, Germany, in 1920. He studied at a yeshiva (an Orthodox Jewish school) in Frankfurt, but had to return to Bad Hersfeld to take over the family business after his father was attacked and fell ill in 1936. After Kristallnacht pogrom, or the "Night of Broken Glass", in 1938, Jack's brother obtained a visa for him to escape Germany and continue his studies in London, England.

In the summer of 1940, Jack was interned as an enemy alien and sent to Canada. He spent one year in internment camps in Quebec and New Brunswick, finding ways to study despite the fact that education was prohibited in the camps. Jack was released in 1941 from Camp I in Ile-aux-Noix, Quebec, with the help of a rabbi who sponsored young Jews to study in his Toronto yeshiva. Jack moved to Toronto and went on to pursue Engineering Studies at McMaster and then McGill University in Montreal. He graduated in 1947 and worked for the SNC Group, a leading Canadian engineering firm, where he later became a partner and corporate director. Jack married in 1947 and currently resides in Toronto with his wife. They have three children and three grandchildren.