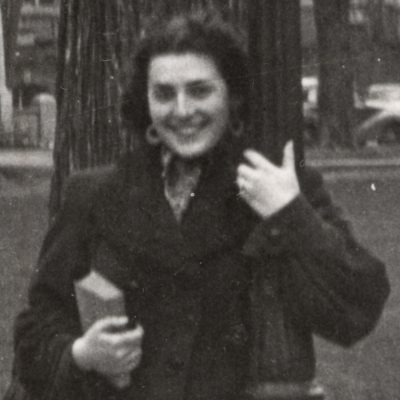 Sarah Engelhard was born in 1932 in Saarbrucken, Germany, to parents of Polish Jewish origin. Her younger brother Jack was born in 1940. When she was a child, Sarah's family lived in Toulouse, France, using false identities. Sarah's French pseudonym was Thérèse Beaulieu. In 1942, the family was forced to flee the country after receiving a warning that their identities would be revealed. With false papers and hired guides, Sarah and her family travelled over the Pyrenees Mountains to Spain in a difficult journey on foot. They lived in hiding in Barcelona for two years.

In 1944, Sarah and her family were granted visas to immigrate to Canada along with about 450 other refugees from the Iberian Peninsula. They travelled aboard the Serpa Pinto and docked in Philadelphia, taking the train to Montreal as their final destination in April 1944 during Passover. The Canadian Jewish Congress held a special meal for the newcomers upon their arrival to celebrate the Jewish holiday, and Sarah's family was put up by a host family on Park Avenue. Sarah worked as a television host, radio personality, teacher, and singer/songwriter. She has been an active volunteer at the Montreal Holocaust Museum.