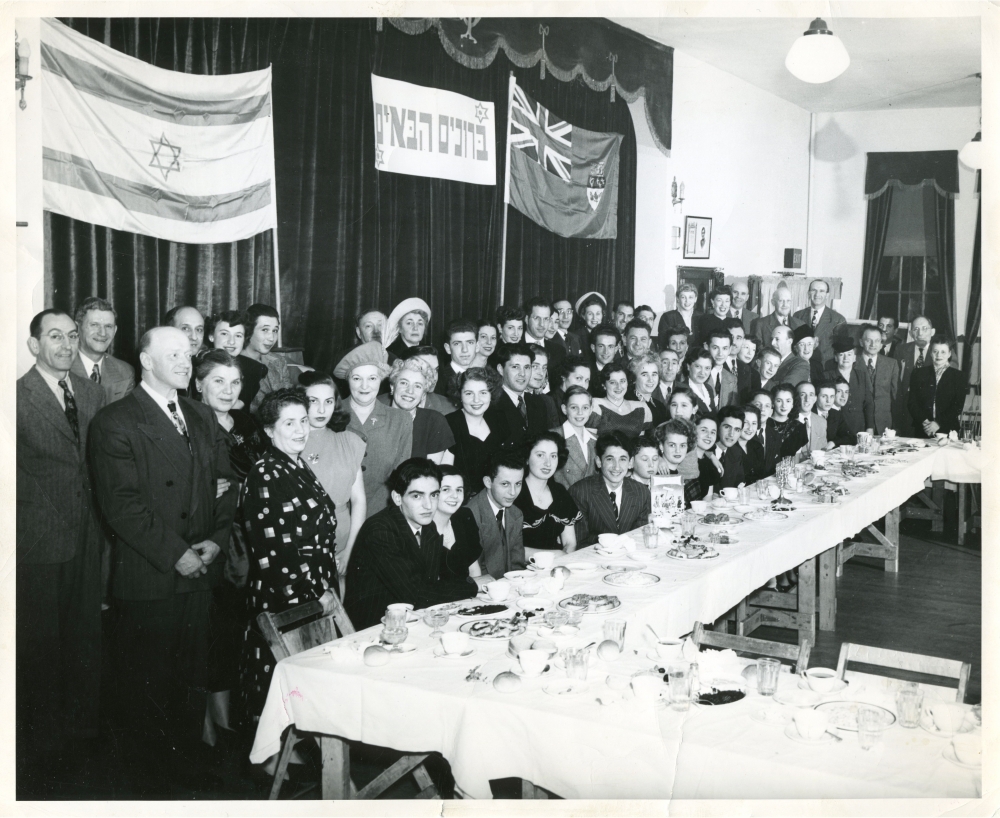 Alberta's Jewish community was established at the beginning of the 20th century. By the 1930s, over 1,600 Romanian and Russian Jews and their descendants made up a vibrant community in the province. There were several synagogues, Jewish schools, a Jewish community centre and a wide range of cultural, charitable, and Zionist organisations throughout Alberta.

Among the first Holocaust survivors to arrive in Calgary were some 15 war orphans who all found a warm welcome in local homes. By the mid-1950's, several hundred survivors had settled in Calgary, including the relatives of Calgary residents and landsmen, individuals who came from the same regions that Calgary's Jews had fled earlier in the century.

Survivors integrated into the small community and joined Jewish organisations. Many survivors have devoted themselves to Holocaust commemoration and education, meeting with students in classrooms throughout Calgary and other regions in southern Alberta. For over 30 years, survivors have participated in an annual city-wide Holocaust Education Symposium, speaking to 3,000 high school students about their experiences.