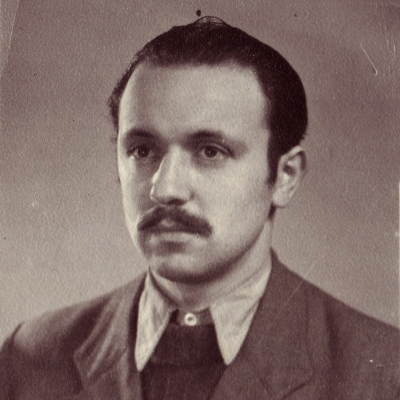 George Lysy was born in 1916 on a farm near Nove Zamky in Czechoslovakia. From an early age, George worked on the family's dairy farm. He graduated from the College of Agriculture before the war. In 1938, when the Hungarians took over the region, George applied for a farmer's visa to Canada but was rejected. In 1939, he was drafted to the Hungarian army and, as a Jew, put into a forced labour battalion. He served 45 months in the Ukraine. Most of his comrades died of starvation, beatings, mine fields, illness, and extreme weather conditions. In the fall of 1944, George deserted and spent the last seven months of the war in Budapest (Hungary) under a false identity as a Catholic. He was liberated by the Russian Army in February 1945.

After liberation, George was reunited with his parents and siblings, who had also been hiding in Budapest with false identification. George got married in March 1945. He submitted another application to immigrate to Canada , but was told that it would take at least a year, so he and his wife Judy went instead to Caracas (Venezuela). After saving up enough money, they finally came to Canada in 1952 on tourist visas and bought a farm in Tillsonburg, Ontario. George and his wife were eventually granted Canadian citizenship. They ran three tobacco farms, and were active in Holocaust education events in Toronto. They had two daughters and several grandchildren and great-grandchildren. George died in 2014 at 98 years old.