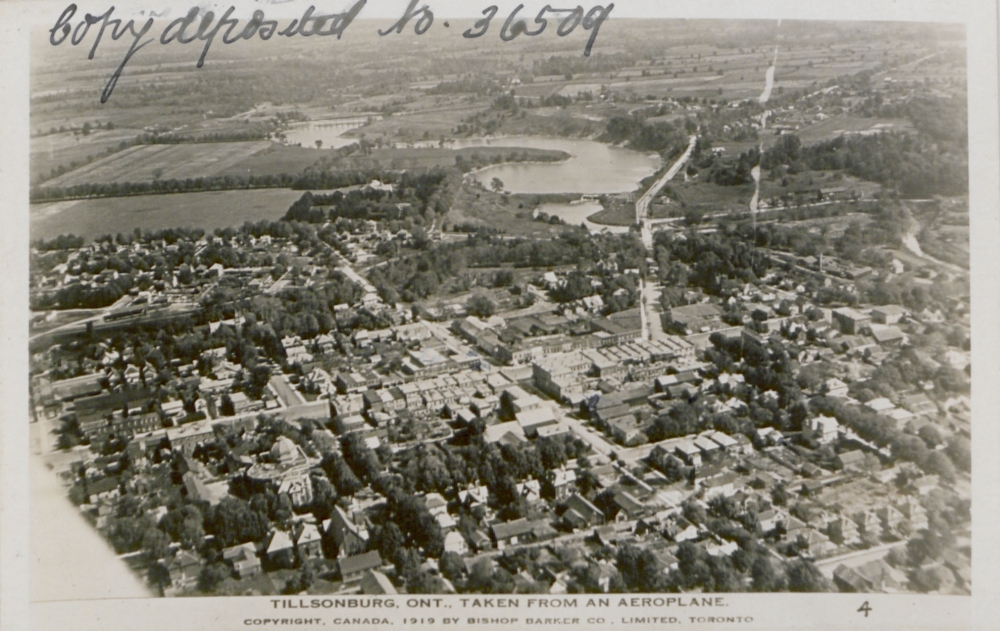 A photograph of Tillsonburg, Ontario, taken from an airplane in 1919. (Wikimedia Commons)

By 1951, there were 205,000 Jews living in Canada. About half lived in Toronto and in smaller Ontario communities like London, North Bay, Fort William, St. Catharines, Oshawa, Windsor, Cornwall, Kitchener, Sarnia, and Hamilton. Nearly half of the 33,500 Jewish immigrants who entered Canada between 1945 and 1952, most of them Holocaust survivors, settled in Ontario. Few communities had more than 1,000 Jewish families. Jews living in remote villages and on farms gravitated to the larger towns on a weekly basis to attend synagogues, purchase kosher provisions, and use various services.

The farming town of Tillsonburg is southeast of London, where about 50 survivor families settled and integrated into the community in the decade after the war. London's Jewish community, like others in Ontario, had a long history of struggling to maintain Jewish traditions while cut off from traditional sources. Members of these communities created close internal ties and some survivors who settled in these areas found it difficult to fit in. In assessing the absorption of survivors in his 1952 report, the United Jewish Relief Agency's Ontario chair, Arthur Gelber, observed that: “the smaller communities are losing out through lack of new blood. The communities in Northern Ontario and in other remote parts of the province are remaining stationary or declining in number.” Gelber pleaded for empathy from the receiving communities: “Each individual of that 33,500 figure is more than a statistic. It is a struggling human being who has come out of a broken community and has arrived in a new and often challenging environment.”