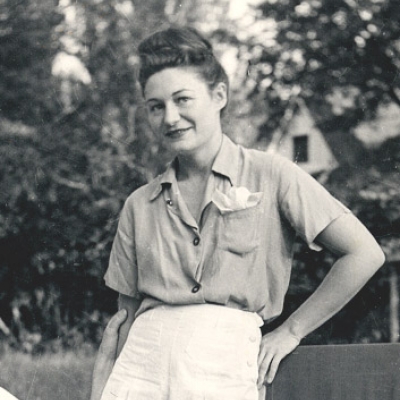 Irene Burstyn was born in 1916 in Bedzin (Poland). After finishing high school, she moved to Warsaw (Poland) and got married. Irene was active in the Polish-Zionist underground movement, which trained young Jews to smuggle weapons to British-controlled Palestine. She survived the German occupation and bombing of Warsaw in September 1939. In 1940, Irene and her husband left Warsaw and made their way to Palestine (now Israel). Her husband left to join the Russian army shortly afterwards. Irene married Ignatius Bursztyn in 1941 and they lived in Rhodesia (now Zimbabwe) for two years.

In 1942, Irene and Ignatius acquired special “Order-in-Council” visas from the Canadian Government and immigrated to Canada in 1944 with their first son, Peter. When they arrived, they moved to a farm and briefly raised chickens in Quebec's Eastern Townships, as was required by their visas. Irene and Ignatius had a second son, Thomas, in 1954, and they raised their family in Montreal.