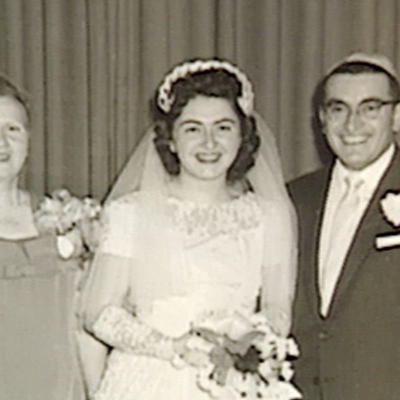 Freda Shiel was born in 1938 in Przemyślany, Poland. When the Germans occupied the town and established a ghetto for the Jewish population, Freda's family created hiding places in a relative's apartment building. In May 1943, Freda's father decided to flee the ghetto, but her mother refused to leave her parents behind. At age 5, Freda left with her father and her mother joined them a couple of weeks later. The family spent the rest of the war in hiding, living on several different farms and in the surrounding forests. They came out of hiding when the area was liberated by the Russian army in the summer of 1944.

After the war, Freda and her family returned to Przemyślany to find their home flattened by bombs. In 1947, they went to live temporarily in the Pocking displaced persons camp in Germany, looking for any immigration options that were open to them. A cousin living in Canada successfully arranged for Freda's family to be sponsored as farmers. They arrived in Canada in May 1948 and settled in Winnipeg, Manitoba. Freda's parents found employment in factories and she started school in the local Talmud-Torah day school. Freda graduated from Maimonides College and returned to teach at the Talmud-Torah. She married and had 4 children and many grandchildren.