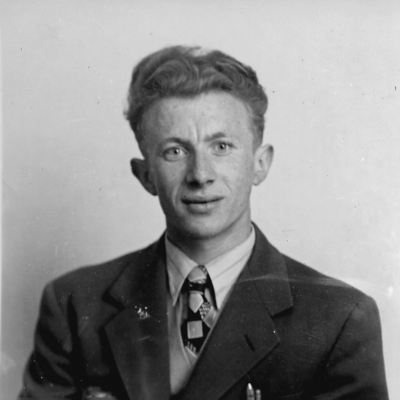 Elliott Zuckier was born in Kraśnik (Poland) in 1928, and was one of four children. Kraśnik was a small town of approximately 15,000 people and a third of the population was Jewish. Elliott attended public school and Hebrew school in the evening. When the Germans occupied Poland in 1939, Jewish children were prohibited from going to school. The Zuckier family lived within the ghetto parameters and remained in their home when Jews were forced to move into the ghetto. In 1942, Elliott's mother was deported and never seen or heard from again. After hiding in the apartment and later in a neighbour's attic, the rest of Elliott's family was rounded up during the fall of 1942. They were deported to the Budzin labour camp and remained there for two years. In 1944, the family was transported to Auschwitz and Elliott and his father worked as slave labourers in the Gleiwitz satellite camp. They were separated when forced on a death march during which his father died in 1945.

After liberation, Elliott reunited with his sister and they returned to Kraśnik, near Lublin, only to find that no one in their immediate family had survived. They slipped across the border to Germany and stayed in several displaced persons camps where Elliott joined many sports teams. After waiting many months to immigrate, he learned about Canada's War Orphans Project and subtracted two years from his age to ensure being accepted into the program. He arrived in Calgary, Alberta, in 1948 and was billeted with the Horwitz family. He met his future wife, Minnie Lyon, and within a year and a day of his arrival in Canada they were wed. Elliott joined his in-laws working at their family-owned grocery and later opened a successful clothing store. He was an active member in the local Jewish community and shared his story with hundreds of students in Calgary. Elliott received many local, provincial and national citations for his volunteer work. He and Minnie had two sons, several grandchildren and great-grandchildren. Elliott passed away in 2014 at the age of 86.